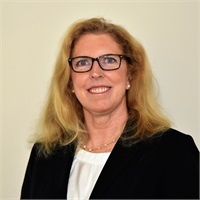 Janet is the Chief Operating Officer at Wright Choice Financial Group. Janet joined Wright Choice Financial Group in 2008 when the company was growing rapidly and needed someone with her expertise. She holds a Bachelor of Science degree in Journalism, with a public relations concentration, from California Polytechnic State University, San Luis Obispo. She is a notary in the state of New Hampshire.

In her role as Chief Operating Officer, Janet manages all daily office operations and staff, assists with new marketing ideas and educational events, and serves as a liaison between the advisor and other team members.

Janet and her husband, Doug, live in Amherst, New Hampshire, with their son, Spencer. Her hobbies include horseback riding (show jumping), rowing, travel, and reading.